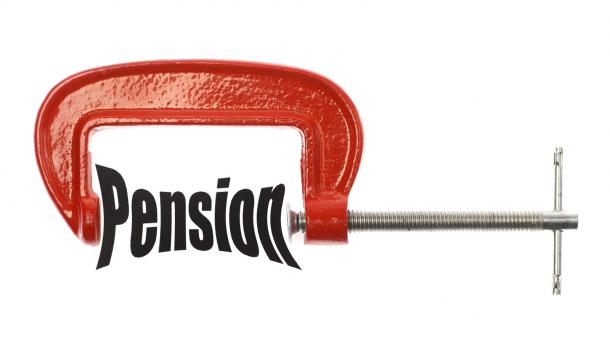 It’s been four years since lawmakers passed Gov. Jerry Brown’s sweeping pension overhaul. Yet we have little to show for what was supposed to be the “biggest rollback to public pension benefits in California history,” according to a recent article in the Los Angeles Times—the latest in a series about California’s pension matters. Annual retirement obligations will hit $11 billion by 2019, double what they were when Brown took office in 2011. CalPERS’ unfunded liability is now estimated at $93 billion and $76 billion for the teachers’ retirement system.

The legislation that was ultimately accepted was not exactly what the governor had hoped for. One of the most significant facets of Brown’s plan, for instance—a hybrid retirement system that would join traditional pensions and 401k-style plans—was rejected by lawmakers. “We were never going to go there because we didn’t believe in that,” said Darrell Steinberg, former leader of the California State Senate. Other elements that would have given the law more teeth were similarly rejected.

The Public Employee Pension Reform Act of 2012 raised the retirement age, disallowed retroactive pension increases, stopped abusive practices like sick and vacation day hoarding, and required minimum contributions from workers toward their pensions. But employees of the University of California and cities that manage their own pension systems were excluded. And because the changes applied mainly to new hires, it will take years to see the savings, estimated at $28 to $38 billion over 30 years for CalPERS and $22.7 billion for the teacher fund. Even then, they’ll barely make a dent in the colossal unfunded liabilities.

More must be done, but lawmakers lack urgency, says the Times. Many of them are banking on economic growth to save the system. They're also still under the stranglehold of public employee unions, according to Sen. Joel Anderson (R-San Diego).

“Their loyalty is to those unions because that’s how they got elected,” said Anderson, the only senator who voted against the 2012 pension reform bill. He and other critics point out that, between 2010 and 2014, public employee unions gave $12.5 million to the Legislature’s Democrats. Republicans received $1 million.

But there are some glimmers of hope for meaningful pension reform, according to the experts. There was a major development in August when a state appellate court ruled that the Legislature could roll back pensions for current employees so long as a “reasonable” pension is being preserved. The so-called “California Rule” that was dealt a blow in that decision is what prevented current workers from being included in the 2012 pension overhaul in the first place. That case is now pending before the California Supreme Court.