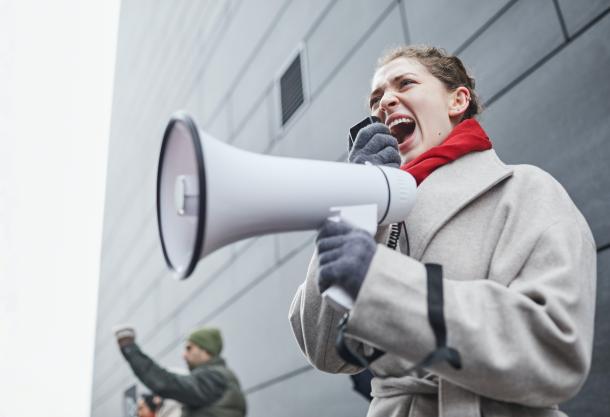 FBI steps in to protect school boards from extremists

For more than a year, school officials across the state have been subjected to unprecedented levels of threats and harassment from members of the public. Now, the FBI is getting involved.

In a memorandum Monday, U.S. Attorney General Merrick Garland directed federal authorities to meet with state and local law enforcement leaders to outline strategies for addressing the rise in hostility. Efforts outlined in the memorandum include the creation of a task force and new specialized training and guidance for local school boards and administrators. The FBI’s National Threat Operations Center (NTOC) is also asking school officials to report threats via its national tip line (1-800-CALL-FBI) and online through the FBI website.

Monday’s memorandum followed a letter to President Biden from the National School Boards Association, asking for federal assistance to ensure its members’ protection.

“America’s public schools and its education leaders are under an immediate threat,” the letter states. It details 20 instances of threats and harassment against school officials across multiple states.

Throughout the pandemic, “I’ve watched in horror as school board members have been accosted, verbally abused, physically assaulted, and subjected to death threats against themselves and their family members,” CSBA Executive Director Vernon M. Billy said in a letter to Gov. Gavin Newsom last week.

“This is unacceptable not only because of the danger it poses to school trustees, school employees, and members of the public at school board meetings, but also because it prevents these elected officials from performing the public’s business at a time when it has never been more critical. And when the governance process is derailed, the group that suffers most is California’s students.”

According to Billy, law enforcement has repeatedly declined to help restore order or enforce safety measures like mask mandates at board meetings. Numerous law enforcement agencies have openly said they will not enforce these requirements.

“The hostile climate at local board meetings and the reluctance of select law enforcement agencies to fulfill their duties have placed school trustees in unprecedented danger,” said Billy. “Therefore, I respectfully ask that you, as California’s chief executive, collaborate with California Attorney General Rob Bonta to convince, command, or otherwise urge local law enforcement to uphold public health and safety orders, help maintain order at local school board meetings when requested, and enforce the law as they are sworn to do."

School board meetings have long been a place for parents to voice their opinions on controversial subjects, and government officials must tread lightly to ensure the right to free expression. But pandemic restrictions and the recent controversy over Critical Race Theory have created an explosive situation at many districts, largely feuled by partisan media sources. Anti-maskers shut down a San Ramon Valley Unified school Board meeting in August. In the Sacramento area, school board trustees were recently forced to cut a meeting short and leave through the back door to protect themselves from hostile protesters. In San Diego County, protestors forced their way into a board room against physical distancing measures and refused to vacate. After forcing the board to abandon the meeting, the demonstrators posted video on social media declaring themselves the "new school board." Some protesters have even threatened death and civil war.

Conservatives are outraged by the DOJ memorandum, calling it an attempt to silence parents and critics.

"This is a remarkable and dangerous abuse of power," tweeted Sen. Josh Hawley (R-MO).
Read more about the growing threats to education officials and the government's response here.